Notice I said slight. In my opinion, a man with a maxilla that is too forward projected looks neotenous or feminine. I think a slight recession is what even male models have. The slight recession would keep a harmonious balance between soft tissue and bony prominence. Too recessed and the face looks hypotonic and ill. Too projected and the face is very short, the philtrum becomes almost not noticeable, and the lower third height becomes weaker. perhaps this has relevance to the thread from a while ago suggesting that chicks are more likely to experience forward maxilla growth?

perhaps this has relevance to the thread from a while ago suggesting that chicks are more likely to experience forward maxilla growth?

Well, Mew lines across gender always give women a shorter vertical height. So yes in terms of averages, but NO in terms of face robustness. For example, while most women have pointier chins than men, they also have narrower faces (less fwhr).

One of the reasons women have shorter faces is also due to them having smaller teeth. While all peoples skulls grow up, down, and sideways as they enter adulthood, male skulls grow a few more millimeters in all directions. So our foreheads are higher, our zygos more wide, our temples more out, and our maxilla downward (with larger teeth). However, our palate also grows wider than a female. So while women have the advantage in terms of a more horizontal grown face, men have a more robust development even if our maxilla is longer. Naturally a male face is meant to be a bit longer.

Recession only becomes a problem when it is too pronounced and muscle tone is weakened. And when I mean slight recession I mean just not the Mew ideal of a super short 36-38mm vertical height. Every time I see men with their incisors so close to their nose I can't help but think they look overtly neotenous. These guys don't have bad jawlines at all but they always need facial hair to not look 17. I guess the pretty boy thing is in.

Didn't you mention before that maxilla looks recessed or projected relative to chin and brow size...maybe they just have a large chin and brow.

i am even coming to the thought that Tarantino hasn't got a recessed maxilla, just a monstrous brow and chin.

Btw this is the face of autism, loads seem to have his features. High fwhr and massive brow.

Didn't you mention before that maxilla looks recessed or projected relative to chin and brow size...maybe they just have a large chin and brow.

i am even coming to the thought that Tarantino hasn't got a recessed maxilla, just a monstrous brow and chin.

No, I mean a longer face looks better on a man than a shorter face. More dimorphic.

In Tarantino's case he has barely any maxillary height, causing his face to be looking smashed in by his upper and lower face. I saw a pic of him next to DiCaprio and Tarantino made Leo look long faced. Now that is outstanding. Tarantino is one of those guys who looks like he needs clockwise rotation OR like he needs to really engage his posterior tongue to pull his face down.

Tarantino has vertical maxillary deficiency. I bet his Mew line is in the low 30s/high 20s. In his case while he may not look feminine due to his massive brow and face width, he does have the neotenous proportions I refer to due to his lack of facial height. And because his maxilla has almost NO height while his bones are robust, it creates that look you say is more associated with autism. I think our brain makes that association due to strong bony dimorphism coupled with neotenous proportions.

But Tarantino is of course a unique case. That is actually a deficiency. I was referring to less extreme examples. And of course in younger men who have more soft tissue development the young face would be even more noticeable.

I think a good example of someone with strong chin/brow projection but "good enough" maxillary growth is Henry Cavill. 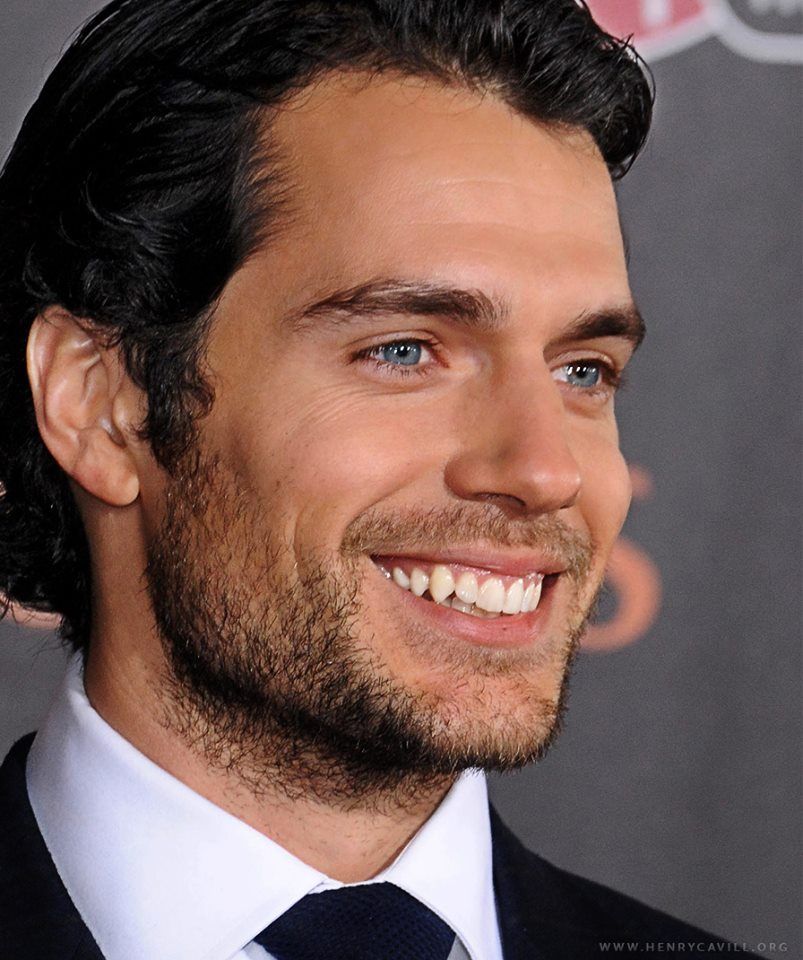 His teeth don't look too close to his nose neither do they look too far (like having excess gum exposure).