Skip to the content
Forums
The Great Work Comm...
Main Forum - Correc...
Is this Forward Gro...

Is this Forward Growth?

So i found this, and i want to know if this is forward growth. If not, then what is it?

She almost has no submental tho... how can i 'look' the same as her? Mewing can do this or any kind of appliance?

Looks like good development to me. Submental fat has nothing to do with growth. Skin folds are different though. But more than likely anyone can achieve that look under the chin with low enough bodyfat

Nice, its just that some people look like if their jaw isnt long enough or far enough from the skull. Like this, it looks like his jaw isnt long or just short/small in comparison with the girl. Probably the submental makes a huge role on it too

Girls have more pointed chins (to balance out the narrowness of their mandible) so a female profile may appear more projecting than a male in that region even though men have a longer ramus than women most of the time. Most girls also have softer or absent brow bones so that too will make their chin project more from the side. Men have heavier brows and more flat chins. For example few men can look like Angelina Jolie in profile because their brow would be too heavy. 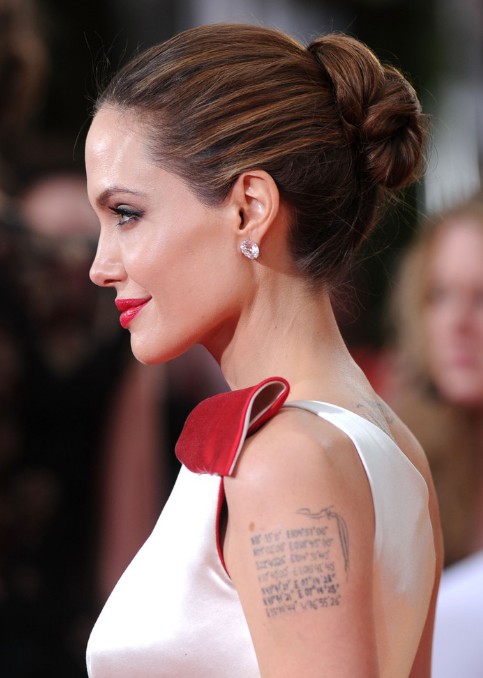 From a skull standpoint men's mandibles are proportionally larger most of the time.

That said Brad Pitt has a good degree of neoteny combined with a smaller projecting chin which makes it appear that way. Lots of "pretty boys" have softer features but it doesn't necessarily mean they are less forward grown. Pitt has a short midface indicating his vertical growth is not deficient. I don't think mandible size is genetic. Matter of fact most of what our face looks like (including proportions) can be tied to muscle use.