So here's a curious emergence. Practitioners of a fitness methodology called Functional Patterns are posting pics on social media, claiming to have achieved cranial changes with corrective body exercises alone.

The pictures aren't very good but it doesn't surprise me that this would be possible. The body is very interconnected and muscular strains elsewhere in the body could inflict adverse forces on the skull. Training in a way that effectively leverages kinetic chains could achieve extensive structural changes.

This is what the CEO of FP responded when he was asked if he mewed:

The concept of "full-body mewing" has been brought up on the forum. I have intuitively discovered ways of moving my body which seem to complement mewing. The question that comes up here is, is that actually an integral part of effective mewing?

Here are the pictures. The first one is the most prominent one, because he also included an x-ray of his previously impacted wisdom tooth having erupted straight after 4 years.

What do these guys actually do to achieve such changes ? The fact that all of these photos have similar angle discrepancies between the before-after makes me highly suspicious.

Photo 1: The before is taken from downward position directed upward (notice the nostril); the after is taken straight-on, possibly also with more of the front face exposed.

Photo 2: Light in the before obfuscates the nose bridge; the after is taken from a further distance.

In my opinion, these pictures are nothing to go on. I used to be tolerant of discrepancies in angle and lighting between before-after photos, because I thought allowing people to be hopeful about mewing was a good thing (and I still think that), but over the years, I've seen so many of the same discrepancies crop up over and over again, that I'm at this point seriously questioning the intentions of the people who take such "progress" pictures. It seems to me that these people are attempting to either fool their audience (for attention, validation, and in some rare cases even money), fool themselves, or most likely, both. I don't mean to discourage anyone who wishes to post pictures (they don't have to be perfect), but in the case of these photos, the discrepancies are so obvious and so favorable toward the desired outcome that they strike me as purposefully manipulated. It's good to be hopeful about mewing, but let us not delude ourselves. It ultimately doesn't advance us forward; it only lulls us into a false sense of optimism, and causes much disappointment later on when mewers in the audience grow distressed because they struggle to achieve the same "amazing" results that they've seen online. It's just setting people up to get let down.

Please, let us be more cautious about such "progress" pictures. 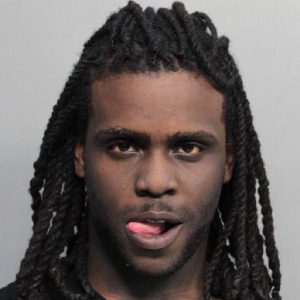 What do these guys actually do to achieve such changes ?

Here's a demo to give a quick idea of what some of the techniques look like. They're intended to engage entire muscular chains at a time, whereas conventional training often targets individual muscles. The system is more than a library of exercises though, there's a whole ideology about how humans are primarily adapted to walking, running and throwing, so many of the exercises are derivative of those functions and intended to optimize the mechanics involved in them. They have a lot of interesting ideas about physical training that contradict mainstream fitness conventions.

I agree that the photos are inadequate. The wisdom teeth bit seems intriguing though.

All of them have cheated angles on their pictures. Also what they're doing is engaging more fascia, there's no need to do these "functional" exercises to do that, you can engage the fascia with any exercise if you tense it.

Complete bullshit, it's hard enough as it is to get results with mewing. He could be unwittingly referring to cranial flexion/extension which make up the craniosacral rhythm. If we suppose that some forms of CFD can be attributed to halted or diminished flexion-extension cycle, it would not be a long shot to expect dynamic practices like Functional Patterns to resolve the problem.

He could be unwittingly referring to cranial flexion/extension which make up the craniosacral rhythm. If we suppose that some forms of CFD can be attributed to halted or diminished flexion-extension cycle, it would not be a long shot to expect dynamic practices like Functional Patterns to resolve the problem.

This rhythm is based on breathing, right? The thing is bone remodels mostly during sleep, this would mean not posture but sleeping position would have influence.

It's like people just cannot help themselves taking the after pic with a more flattering angle. They do it Every. Single. Time. I don't think it's that they're trying to fraud others so much as themselves.

Just a fancy name for plyometric exercising and breathing lol.

Body weight squatting with your arms extended up and your eyes looking up is  an amazing one for the back of the tongue and cervical posture.

This has been discussed here a lot of times.

This works much like Yoga, Pranayama breathing/yoga, Wim Hoff method, Plyometric exercises, physical therapy and whatever fancier names u may prefer to use or name your yoga with.

I suggest Yin yoga for people with cross bites and those type of harder to solve malocclusion that affect your body symmetry. You hold a pose for like 5 minutes at a time and it really gets ur brain/body connected.