Menu
Forums
The Great Work Comm…
Case Discussions
am i a chad? be hon…

am i a chad? be honest don't lie how to get better looks?

yo guys what’s up it’s james sapphire back with another thread this is my face lmk if im a chad or not thank you i am not a looksmaxxer im all natural this is my face 100% genetics i saw this forum and i wanted to know how to improve my looks so let me know thanks! this is my current regimen routine

i wakeup i go jerk off (i do average of 5-10 times a day) i take a shit and i havent wiped my ass for 6 months where i have anal infection and i dont shower for one year since june 7th 2021 when my life was ruined to the cucked normies at my highschool where i got beat up and humiliated everyday! i eat some random food and then i play video games fart go on omegle or looksmax.org or go on my discord server that i own all by myself i have tooth decay and gum disease so im in the process of fixing that atm my pits stinkier than a bitch and the shit on my asshole legit has fucking dried i tried to use a wire brush so it won’t come off now i have to go to the doctor i collect piss bottles in a large container under my bed because im too lazy to use the toilet and puppy pads under office chair for when i have to go if im in the middle of an overwatch battle my underwear has shit stains all over it because i refuse to wipe and sometimes u know when u gotta fart and u put ur finger up ur asshole and diarhea just spews out everywhere like pig shit yeah that’s what happens i also have lice so i had to cut my hair off and i still have it after that i have ingrown bloody toenails and im clinically anorexic according to my jewish doctor my mom is a webcam model i hate that stupid fucking whore! she spread my dick pic everywhere to my family and now they don’t wanna talk to me all my cousins aunts etc. ever since i was a small child, i’ve always witness my mom abusing animals, hundreds of times from age 3-8 when I stopped living with her.
I witnessed her beating dogs, burning them with cigarettes, throwing small puppies out of cars, beating german shepherds with belts and a wooden paddle, one time we had 12 dogs in the house at one time and she couldn’t handle it so she would take it out on the springer spaniel and spank him until he cried, she’d rub their noses in shit if they pooped somewhere, step on them, I’ve seen pretty much everything.
In sixth grade I cut off a lizards tail and smashed it with my shoe.
in seventh grade i got a week of detention for beating a dead frog to a pulp with a knife and cutting its legs off when we were doing the dissection in science class
in eighth grade i smashed a baby frog with a rock
in ninth grade i beheaded a snapping turtle at the lake with a pair of scissors
in tenth grade a snake was in my garage so i shot it with a bb gun it didn’t go down so i killed it with shovel and I got a thrill of the kill and had some kind of enjoyment from it.
years ago my aunt threatened to take away our family shih tzsu because they claim that I “abuse” it by wreslting with it and make it mean and angry and bite me. My reasoning for doing this was “I am teaching the dog to become like its ancestor, the wolf, just in case the world were to end and it would need to defend itself against enemies since it’s an eight pound female shih tzu, it needs to learn to be a predator, not a prey that is docile all the time and lazy.”
then I learned online they’re bred to be loved and companions, and not predators for thousands of years. It made me think, wow I am being a bad person, maybe I should change.
I’ve never thought of hurting another person, it’s always made me cringe to think of taking another life.
Even though humanity disgusts me, I feel as if I have a moral responsibility to keep others safe, and now I have to keep animals safe.
now everytime i see even a spider or a beetle in my house, I cannot bare to be a murderer or a killer no matter the shape or size, I take it outside and make sure it’s safe. I am now loving to my dog, but rarely on some occasion I feel the need to wrestle with it, and make it become a natural hunter. I don’t know how to stop this, can anyone help me out? Am I a bad person for what I’ve done? I haven’t really felt remorse up until now that I’ve remembered it, but I do want to get better, I am being forced to go to a facility for treatment anyway so I won’t be on this forum. Has anyone heard of the Asylum? Yeah, my mom is famous there for fighting with cops and is famous with the inmates for sneaking in pizza, like mother like son, I am a patient of the asylum soon enough.
Is my mom responsible for this? Am I a bad person? Or just an environmental victim?
Fuck you mom for what you’ve done to me.
I just want to be normal I haven’t killed an animal in over 10 months since that snake, I remember my friends look on their face when they saw me smashing the frog and beheading the turtle they said they’d keep it a secret and if their parents ever found out they wouldn’t be friends with me. I just feel so bad now all of a sudden, I don’t know why? I want to be good I really do.
Hopefully they give me good drugs at the asylum, it’s not like I have a choice, it’s either go to public school next month or go to the psych ward.
I refuse to attend school and get bullied! So mental asylum it is! Here’s to self improvement!

i went to doctor and they diagnosed me as someone with severe anxiety depression and as a psychopath but that’s all in the past im a better person now guys am i good person be honest with me don’t lie? i am so nice to everyone i meet yet i get such negative reinforcement! CAN ANYONE TELL ME HOW TO BE NT?!?!?! IM SO NT AND NORMAL AM I NORMAL GUYS YEAH IM SO MASCLINE!!!!!!!!

im a fucking loser and an incel so guys just let me know how i can become attractive for these girls please thanks! 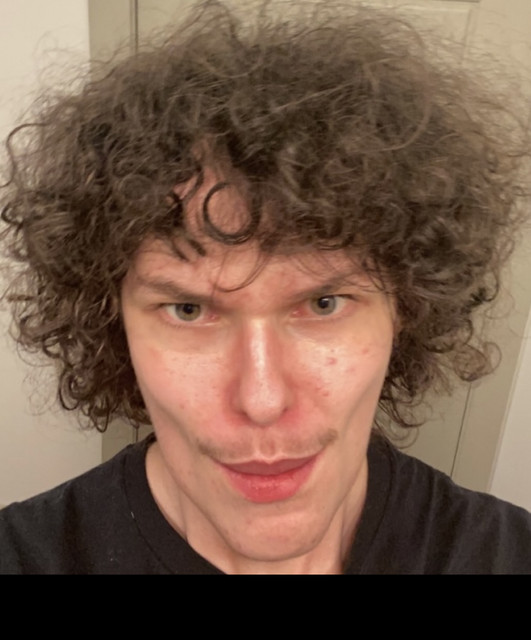 If you are going to make a dumb post at least don’t be recognizable.

Is my mom responsible for this?

And where is your dad? You have not mentioned him once.

And also looking at your past photos it is so obvious that you got canthoplasty, rhino, and buccal fat removal. First of all your phenotype does not look good with “hunter eyes” because you are not masculine enough. And your nose was also one of your best features (upturned) because it fit in with your phenotype (pretty boy). Buccal fat removal was also pointless, as you were already lean. In general all these surgeries were pointless. First time I saw you I literally thought you looked liked this:

Grow up dude and stop trying to get attention on PSL forums. Nobody can tell you to wipe your own ass and have basic hygiene. And nobody is laughing WITH you they are laughing at YOU.

I actually think you are not a bad kid, and the reason why you think you are being judged by your personality is because you look scary. Unfortunately personality is already predetermined by other girls just by the way you look and you can’t change that unless 1. They get to know you better 2. You change your looks. I think you major failo is your eye area, despite it appealing to PSL standards, it lacks appeal from other girls. I recommend you actually gain weight as well to reduce the insane amount of hollowness in your cheeks which will make you less uncanny. Other than that, I hope for you the best.

People are always cruel to someone they don’t understand